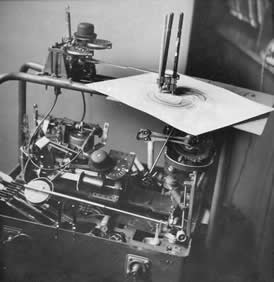 I was a student at University of Manchester Philosophy Department 1977-1980, and now teach philosophy. Desmond’s ‘Introduction to Philosophy’ course in the first year was superb. Not only did it splendidly manage to cover both Plato and Sartre, Desmond also had readings of work of both philosophers on tape, and he’d play these and then comment on them – in the case of Sartre a BBC production, in the case of Plato, Desmond himself reading excellently in his distinctive voice.

He interviewed me when I applied for Manchester. This was at his home in Burford Drive. A room with books on every wall floor to ceiling. The interview was marvellous. He asked me what I’d been reading, and when I told him the philosophy books I’d read and could say something with keeness and reasonably knowledge about them, he said ‘Well, you seem to have been reading the right kind of thing!’…and that was more or less it, I was in.

He continued to give me good advice after I left as a student. He was a charming man and an excellent philosopher.

Power of the Search Engine

got up at 6.20am yesterday morning, and for some reason (maybe to with the fact that I had a 9.am lecture on Medieval Arguments for the Existence of God) thought about Desmond Paul Henry. He was the lecturer at Manchester University whose fine teaching, and 'cool' image finalized my decision to transfer from doing a Politics and Modern History degree, to doing Philosophy.

I assumed that he must be dead by now, and went online to see if there was an obituary, or anything.

What I found, astonished me. I\'d no idea he was so involved in computer art. The astonishment was compounded by the fact that I specialize in the philosophy of visual art, and in my last book, had a chapter on digital art. If I\'d known about his work, I would have included him in the chapter!

Desmond used to wear a leather jacket, had longish grey hair, often had a cigarette in his mouth, and spoke in the most wonderfully mellifluous tones.

Towards the end of my first term at Manchester in autumn 1971, I went to to his office to discuss the transfer. He said he was glad that they'd 'corrupted' me into choosing philosophy. But it turned out there was a problem about a logic course that majors in Philosophy had to do, so I ended up going back to my home city - Leeds to do a Philosophy and History of Art degree.

I subsequently did various higher degrees, and taught History of Art at the Universities of St. Andrews and Oxford, before eventually attaining my ambition to become a Professor of Philosophy. (I now hold the Chair at the National University of Ireland, Galway.)

It's clear to me, that Desmond was a pioneer of computer art at the world level, and not just the British one. The reason why he hasn't been more widely recognized is because his work was on a home made computer, rather than a commercially available model - which would have engaged a wider international audience.

But having now seen the quality of his work, I'll certainly be looking to write something about him in the next appropriate book I do.

Submitted by former student: Paul Crowther- Professor of Philosophy at the National University of Ireland.

Dr. Kenneth Parry, a former student of Henry’s, wrote this dedication to his book, Depicting the Word: Byzantine Iconophile Thought of the Eighth and Ninth Centuries, (1996):

In appreciation of his memorable

My affectionate memories of Desmond centre on my time at the University of Manchester in the early 1980s. Those were the days when you had a great deal of freedom to pick and choose which units you wanted to take for your degree in Philosophy and Comparative Religion. This enabled me to pursue my interest in ancient and medieval philosophy so I was able to take medieval philosophy with Desmond in my second and third years. There is no doubt that he was one of the most inspiring of my teachers at Manchester and I used to look forward with great anticipation to his weekly lectures. He had the ability to not only engage your attention and to steer you through the labyrinthine details of medieval logic and linguistic theory, especially Anslem of Canterbury’s De Grammatico on which he was the authority, but he would continue each week where he had left off the previous week as if there had been no break in between. He would hold our attention for two hours without stopping in his third year classes on medieval philosophy. He was in the habit of smoking roll ups and drinking cups of tea which made the classes quite informal and we would often go over the allotted time with further questions and discussion. There was at least one of his pictures in his office and I did ask him about it on one occasion, but I didn’t know about the corpus of work he has produced back in the 1960s. I dedicated my first book to Desmond as the topic was on medieval thought, albeit in the Greek Byzantine tradition rather that the Latin west. There is an assessment of Desmond’s work on St Anselm’s logic by Sara Uckelman at Durham University which can be accessed at: www.illc.uva.nl I went up to Manchester in 1978 and was one of a small band of single honours Philosophy students. Dr Henry taught us Introduction to Philosophy in the first year and his lecture would have been the first lecture I ever attended at university. Those lectures were usually well-attended as they were suitable (and I think compulsory) for all the students, including those on joint honours and combined studies. Dr Henry was also (I believe) my personal tutor in the first year and I recall sitting with him in his room, going over essays. In the first year, we single honours students had to study two non-Philosophy options, and one of mine was Psychology. I had been looking forward to studying Psychology, but it turned out to be about memory, torturing dogs (a famous experiment on depression) and eyeballs … not quite what I was hoping for. There was a rule that you had to pass the option or could not progress to the second year, and I remember confessing to Dr Henry that I was fearful of being kicked out for failing it. “Dear Catherine!” he said, "Don’t worry!" And he whispered: "It is no disgrace for a Philosopher to fail Psychology". Whether or not one agrees with that sentiment, it was a kind thing to say to an anxious student.

We were a friendly bunch and tended to socialise with students from other years and with the staff. On at least a couple of occasions, Dr Henry invited a group of us to his house near Todmorden – I’m sure it must have been Cragg Vale. We would walk up from the station (I recall the drive was so steep that Dr Henry had a Suzuki 4WD, which he said was purely to get up to the cottage) and drink tea and have sandwiches outside, then we would leave Dr & Mrs Henry there and go off for a walk in the neighbouring countryside before heading back to Manchester.

I would have been in my first PhD year when Dr Henry retired. I recall that it was a shock discovering that he was going. I think it must have been just before his retirement, when I went to see him in his room to say goodbye, that he gave me two of his machine-drawn pictures; one was black and red and the other black and green, and I attach a scan of the black and green one (the other is lost). I did not know him well but I found him always slightly eccentric, intelligent, interesting, interested, and very kind.

After my degree, I took a long time finishing my PhD (which I did, eventually). I found myself putting the concerns of my pocket above those of my heart, and I have spent much of my life working in an unrelated profession. Some years ago I discovered by chance my own way of combining my interest s in Philosophy and Psychology, and I am now training to become a Psychoanalytic Psychotherapist (and I hope eventually a Psychoanalyst). One can make many twists and turns in life, looking for the right track, yet sometimes it happens that what turns out to be the right track runs remarkably close to the one we started out on. Rather like the picture, really. Henry in the 1990's submitted by Julia Clifton, Henry's grand-daughter.

"I don't remember too much about Papa's (1) art work but when we lived (1996-1999) in his house in England (4, Burford Drive, Whalley Range, Manchester) his artwork was all over the walls and it was pretty amazing. Especially to know that it was Papa who created this.

Papa was one of the most kind and most generous people I have been blessed to know. He always had the time of day for me and I remember one time I asked him for 20p for some lollies and he said,, 'Don't be silly pet, next time ask for more'.

I remember years ago when we visited England (from Australia) and Papa had broken his leg. I don't remember how he did it but I don't think he complained too much.

Papa used to take us out for dinner and would tell us to eat whatever we wanted. I wasn't used to that generosity.

I'm so glad I had the chance to get to know Papa better when I lived in England. He was truly an amazing person.

I guess life would have been interesting for mum, my aunties and Bobonne (2) living with Papa growing up. Never a dull moment.

I'm really pleased Papa can live on through his artwork".

(1) 'Papa' is from the French and is how Henry's grandchildren referred to him.

(2) 'Bobonne' is from the French and is how Henry’s grandchildren referred to Henry's wife, Louise who was Belgian-born.